Much ado has been made of the more common and widespread milkweed species, but there are a handful of milkweed vines that are less common but more distinct, and just as useful as native host plants for Monarchs and related butterflies.

A fairly robust, twining vine 6 to 12 feet long growing in dry, light shade in thickets on rocky hillsides and woodland edges, Pearl Milkvine (Matelea reticulata) is best known for its heart-shaped leaves and flat, greenish-white flowers ½ to ¾ of an inch across with pearly, iridescent centers.   Also called Green Milkweed Vine, Net Vine Milkvine, and Netted Milkvine, its curious flowers have tiny white veins forming an intricate pattern on the surface of the petals, adding to their unusual look. In fact, ‘reticulata’ refers to this pattern, which mans ‘resembling a net or network’.  It blooms from April to July, especially in full sun, giving way to fairly large, interesting prickly follicles filled with seeds attached to silky threads.  This native species is a host plant to Monarch butterflies.

Often mistaken for Pearl Milkvine is Plateau Milkvine (Matelea edwardensis), endemic only to the Edwards Plateau of Central Texas.  This uncommon vine shares the same twining habit of Pearl Milkvine, but its leaves, while similar, generally have a somewhat wavy edge, and its flowers are bell-shaped instead of flat.  Additionally, its greenish-white flowers do not have a pearl center, and its petals are not solely reticulate-patterned, having parallel veins in their lower halves and centers, and reticulate or networked veins only on the edges or margins.  Blooming in April and May, this species can be found on gravelly soils in open woodlands, often climbing on other plants, and it is a native host plant for Queen butterflies.

Usually found in the chalky soils of pastures and open ground, Purple Milkvine (Matelea biflora) has low-growing stems that radiate along the ground from a woody rootstock, and along with its opposite, triangular leaves, are covered with long, spreading hairs.  From March to June, pairs of star-shaped, five-petaled, dark purple-brown flowers rise from the base of the leaves, which gives this plant its other common name of Star Milkvine.  While its trailing stems can grow up to 2 feet long, it inhabits grassy areas and as such is often hidden and overlooked, except by Queen and Soldier butterflies who use it as their native host plant.

Named for a small town in Chihuahua, Mexico, Talayote (Cynanchum racemosum) or Milkweed Vine is a climber that grows to 15 to 20 feet in full sun to part shade, and is a native host plant for both Queen and Soldier butterflies.  Talayote produces clusters of small cream and green flowers that are held above and among the heart-shaped leaves, blooming in the hotter months from summer into fall, and attracting a host of other small but beneficial pollinators.  Growing only in Central, South, and West Texas in the United States, this vine produces plump, smooth follicles 3 inches long, filled with silk-topped seeds, often remaining on the vine well into winter.

Take the time to seek out and appreciate these lesser known members of the Milkweed family, as they are beautifully and distinctly different!

Some of our nature Images are available at: 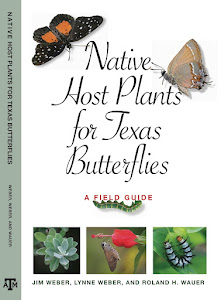 Available from Amazon and Texas A & M University Press 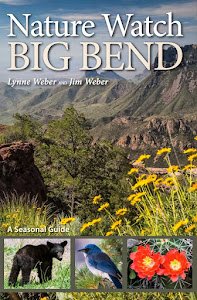 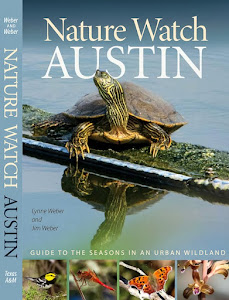